History of The Commandery of Rulhe le Haut

Journey to the heart of the Middle Ages... 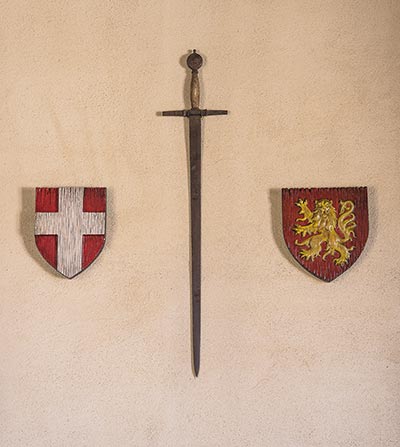 The first texts mentioning the existence of the Commandery of Rulhe le Haut seem to go back to the year of our Lord 1120. Facing the Commandery, the church of Rulhe whose pre-Roman apse is at least two centuries older (the charter keeper of Conques refers to it as soon as the ninth century) was probably built on the former site of the pagan cult of Ruillia whose Celtic root evokes the presence of sacred oaks.
Successively connected to the Commandery of Lugan then of Auzits, that place was the seigniorial dwelling of the Commanders of the Knight Hospital Order of Saint John of Jérusalem until the 18th century.
The Revolution, not very mindful of the values of the Templars, lords or monks-knights, shortened its tour, symbol of nobility. But this dwelling, in turns a school and a convent, kept its authenticity and its religious calling until Father Justin Lagarrigue, the current landlord's great uncle decided to give it to the diocese of Rodez that eventually sold it to an English family who loved old and beautiful stones.

Back in the bosom of the Calmettes-Lagarrigue family, the Commandery of Rulhe le Haut is now a charming gite among the most unusual and comfortable ones in the department of Aveyron.
Nine centuries of history irrigate this typical Aveyron Manor. Oddly stern and defensive outside but amazingly bright and warm inside.
Three storeys have been restored, preserving scrupulously the identity of the place. You will appreciate the kitchen, in its original state with its hudge wall fireplace and its amazing pink sandstone sink, its living-room with its remarkable shaped beams, its spiral staircase in the tower whose small niches have an impregnable view of the church, the old houses or the surrounding wooden hills and, last but not least, its vaulted room nowadays dedicated to games. 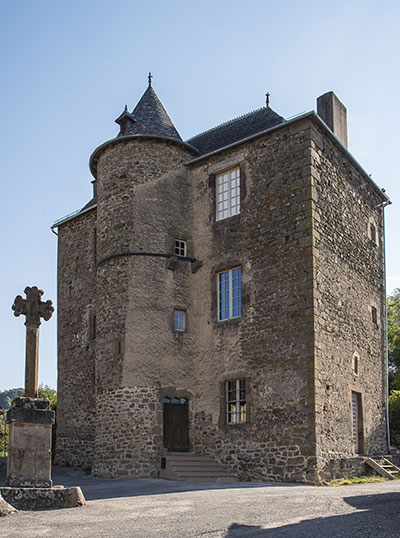 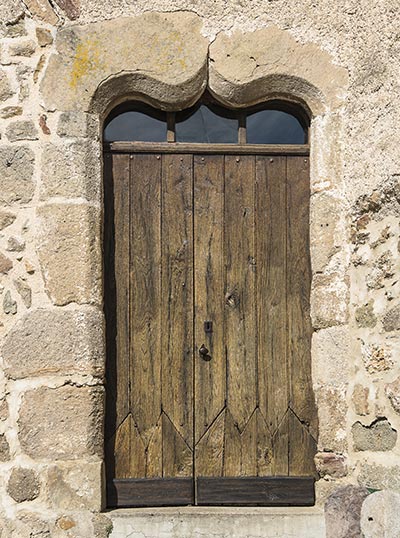 At nightfall you will reach large rooms with thick high walls, bedrooms and bathroom the contemporary and top-end comfort we haven't skimped on.
A perfectly integrated swimming-pool (in which, just like a salmon, you will swim against the tide) is reserved for you in this stylish medevial garden where medicinal and aromatic herbs are the evidence of days when Nature was considered the benevolent ally of Great Health.